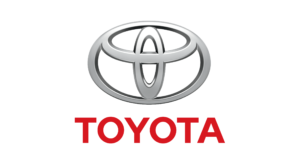 You can find us with our contract number, GS-07F-202CA, or by clicking the GSA logo below.

Email us at info@federalcontractscorp.com or call us at 813-631-0000 for more information on specific models.

Toyota began producing forklifts in North America for over 50 years and has manufactured over 600,000 forklifts on United States soil since. Toyota Forklifts is based in Columbus, Indiana and is a full-service producer of high-quality forklifts, reach trucks, order pickers, palled jacks, container handlers, scissor lifts, tow tractors, and AGVs.

The first Toyota Forklift, the Model LA one-ton, was manufactured in Japan in 1956. Toyota then established a manufacturing plant and dealership in North America in 1967. Since 1990, Toyota has introduced many different and innovative models of forklifts into the market and in 2002, they became the top selling forklift in North America.